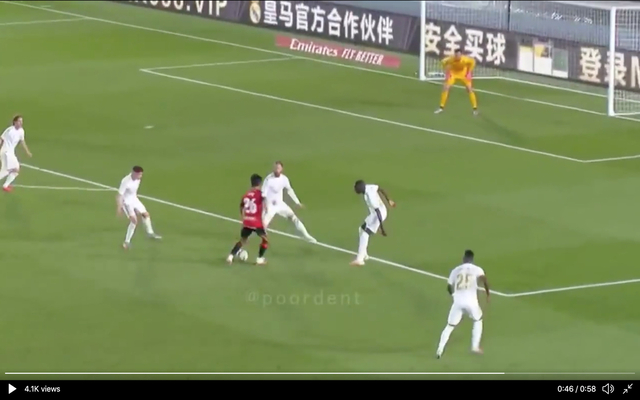 Takefusa Kubo starred for Mallorca against parent club Real Madrid last night, one moment in the 61st moment proves just how exciting a talent Los Blancos have in their hands.

Kubo started off his exciting run by effortlessly turning Madrid’s midfield maestro Toni Kroos, the 19-year-old made the superstar look like a statue as he skipped past.

Kubo was then crowded as he carried the ball around the edge of the box, this didn’t deter the ace as he used some silky footwork to burst past his club captain Sergio Ramos.

The wonderkid also showed his insane reaction by keeping control of the ball after Ferland Mendy almost snatched it away, the ace’s shot on goal after the dribble hit the side netting.

Take a look at the Japanese starlet’s sensational run below: