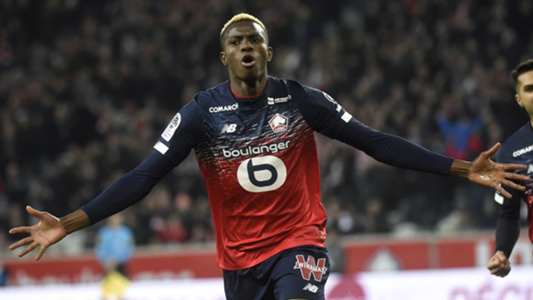 Osita Okolo, the representative of Victor Osimhen has stated the interest by Napoli in his player is “important”.

According to reports, the 21-year-old will jet off to Naples to complete a deal thought to be in the region of €50–60 million but his agent has raised serious concerns.

Interest in the Nigerian comes on the back of a fine season with Lille where Osimhen scored 18 goals and provided six assists in 38 competitive games which earned him the prize of the club’s player of the season and most recently the Marc-Vivien Foe award as the best African in Ligue 1.

“Napoli’s interest is important. De Laurentis and the manager [Gattuso] really like Victor. There have…