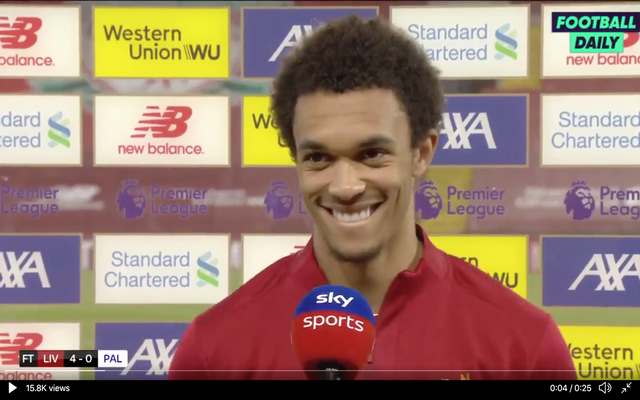 Liverpool took on Crystal Palace at Anfield on Wednesday night knowing that a win would put them to within one further victory of their first ever Premier League title.

Evidently, the pressure didn’t get to them at any point throughout the 90 minutes, with the eventual 4-0 victory fully deserved.

In fact, so dominant were the Reds that they managed to restrict the Eagles to not having a shot for goalkeeper, Alisson, to save.

However, another incredible stat has since emerged from the win.

According to OptaJoe, Crystal Palace didn’t even manage a single touch in Liverpool’s box, something that hasn’t been achieved since the 2008/09 campaign.

0 – Crystal Palace failed to record a single touch in the opposition box against Liverpool, the first side to do so in a Premier League match since Opta have full data for this statistic (2008-09). Distancing. pic.twitter.com/RwP8BUul3E

Given that there were no supporters present at Anfield, a…

Revealed! The coaches who were in the running for the FC Goa hot seat! |...

If Your Relationship With Your Partner Is Transactional, He’s Your Customer Not Boyfriend – Reno...