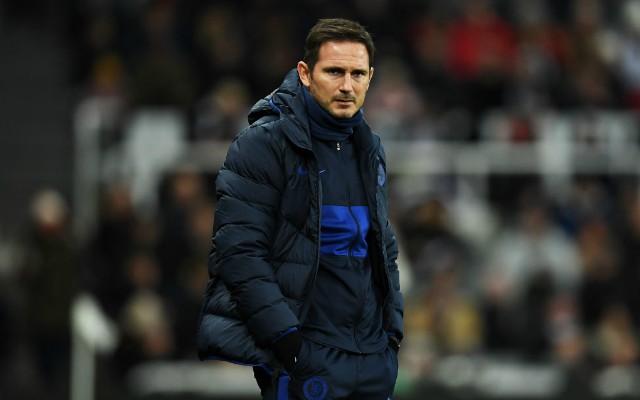 Chelsea manager Frank Lampard has spoken out on West Ham midfielder Declan Rice following links with a possible transfer swoop for him this summer.

The England international has shone for the Hammers and looks one of the most promising young players in the Premier League, leading to recent links with a potential £45million move to Chelsea in the Sun.

That report claimed the Blues were confident of signing Rice this summer, and that Lampard would look to move the 21-year-old into a centre-back role despite him mainly operating as a defensive midfielder at West Ham.

Still, Lampard remained tight-lipped on Rice when asked about him at his press conference today, as quoted by Goal.

Lampard called Rice “a good player”, perhaps hinting he does view him as someone who could add something to his squad at Stamford Bridge.

He did say, however, that there are not currently any transfer negotiations going on at Chelsea, though the west London giants have already secured the signings of Timo…

US still has no coronavirus plan, whistle-blower Rick Bright says, warning that Americans are at...