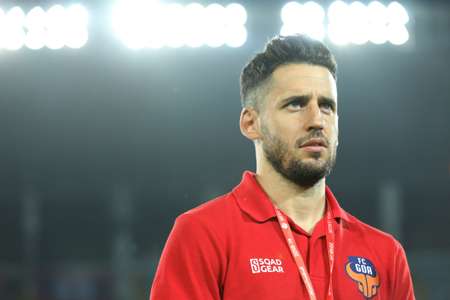 The former Espanyol player, however, feels that the level of the ISL is not up to some other countries in Asia

Ferran Corominas has lit almost every venue in the three years he has spent with FC Goa in the Indian Super League (ISL).

The forward, who has not yet penned an extention with the Gaurs or any other club yet, looks back at his time at the Gaurs fondly.

“Everything went very well,” he told Goal. “Always playing, having good results and scoring goals. Only the first year, the first days, adaptation to the country was difficult.”

However, even though the club has become the first Indian team to be entitled a place in the AFC (Asian Football Confederation) Champions League group stage, Corominas is not entirely convinced that ISL clubs are ready to embark on a deep run in the continent’s premier club championship.

Barcelona can’t rely on Messi magic but appear to have written off Griezmann – Rivaldo | Goal.com

Sancho’s former youth coach on ‘street dog’ Dortmund star & how he knew he had to shine against Real Madrid | Goal.com