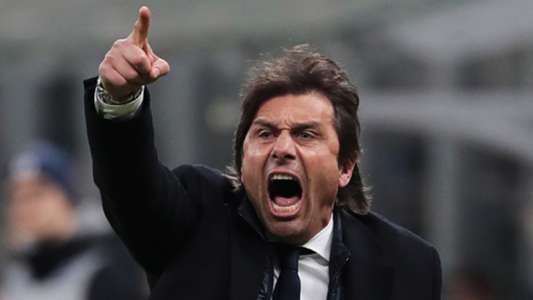 Antonio Conte conceded Inter‘s failure to claim all three points against Sassuolo was “troubling”, but the coach believes his side would have been worthy winners.

Inter twice threw away a lead late on as a frantic Serie A encounter ended 3-3 at San Siro, with the Nerazzurri missing the chance to apply some pressure to Lazio and Juventus.

Francesco Caputo’s early goal gave Sassuolo the lead, but Romelu Lukaku and Cristiano Biraghi put Inter ahead by the break, before Roberto Gagliardini missed a golden chance to make it 3-1.

Sassuolo made their luck count, with Domenico Berardi scoring from the spot in the 81st minute, before Borja Valero then restored Inter’s lead only for Giangiacomo Magnani to salvage a point for the visitors. Milan Skriniar’s red card capped a remarkable conclusion to the clash.

“I think we deserved much more considering how much we created,…

Barcelona can’t rely on Messi magic but appear to have written off Griezmann – Rivaldo | Goal.com

Sancho’s former youth coach on ‘street dog’ Dortmund star & how he knew he had to shine against Real Madrid | Goal.com

103 Nigerians are now dead from Coronavirus